Get the fastest and shortest routes simultaneously

You can generate routes using different criteria of speed and accessibility, such as routes for private vehicles, or for walking, or for cycling, or the shortest route instead of the fastest route. 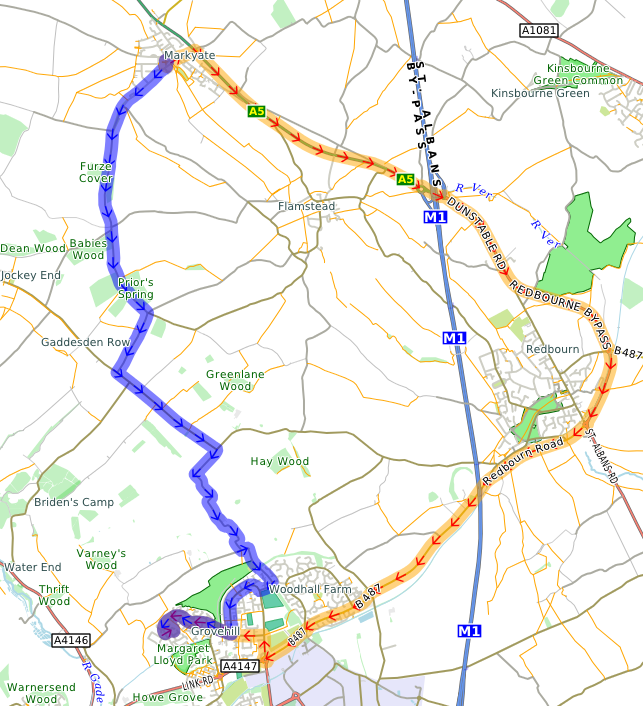 The map above shows the fastest route in orange and the shortest route in blue. The CartoType framework API makes it very easy to add extra routing profiles, or change the main routing profile (which is by default the private car profile). Here's some sample code from a Windows app showing the creation of the framework and the addition of a new profile:

When CartoType calculates a route, the speed and bonus for each route segment are added together. If the result is zero or negative the segment is not used. Otherwise this 'notional speed' is used to calculate a weighting for the segment, based on its distance. The speeds alone, without the bonuses are used to calculate an estimated time. If iShortest is true, though, the same notional speed is used for every legal route segment, giving an even weighting and thus the shortest distance.

There are API functions for choosing a route among alternatives, and all the alternative routes are displayed when you call DisplayRoute.