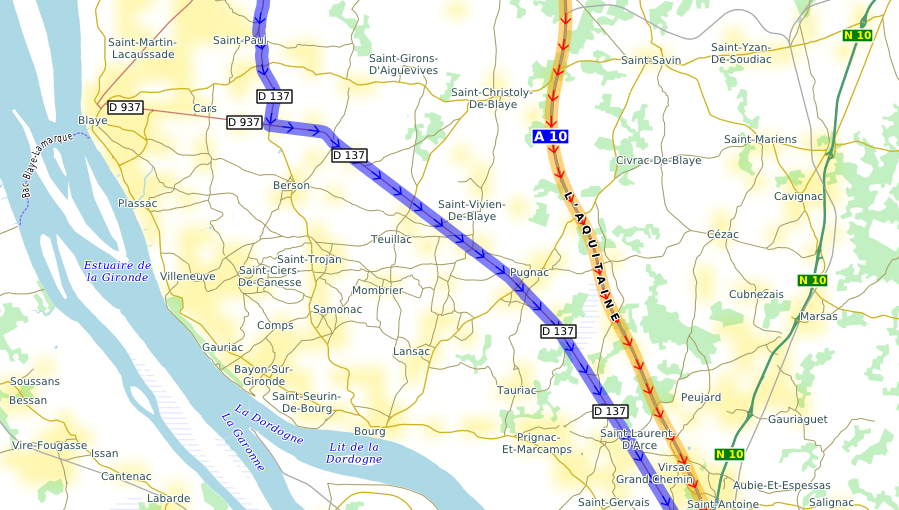 In this code we give motorways and motorway links a negative bonus to make them no more attractive than tertiary roads. Routes are calculated using the speed + bonus for every segment, giving a notional speed which is used as a weight. A weight of zero or less causes a segment not to be used.

By calling CFramework::AddProfile we add a new profile to the existing standard profile. The framework calculates routes for all the current profiles.

In the image, the orange route allows the use of motorways and the blue route avoids them.